Unless you have been living under a rock, you will have noticed that Kylie Jenner is pretty much killing it in the cosmetics world. It seems that each time a new product launches, it is almost inevitable that it will be an instant sell out – creating a real level of hype around the products – clever eh?

I’ve tried several of the products (I plan a full brand focus post in the coming weeks) and one of my most recent acquisitions was one of her Kyliner kits in the shade bronze.

The kit comes in a similar box to the lip kits but with a graphic of Kylie’s eye with winged liner on the front. Similar to the lip kits, the boxes are colour coded to represent the colour of eyeliner they contain. The kit  itself contains a creme gel liner, angled brush for application and eyeliner pencil. The gel liner pot is weighty glass and certainly doesn’t feel cheap. The lid of the pot is black with Kylie’s signature dotted over the top in silver. The eyeliner pencil is the same kind of packaging as her lip kit lip pencils. It is sleek black with the same Kylie accents as the gel pot. The brush is an angled black and silver eyeliner brush, nothing too unique. 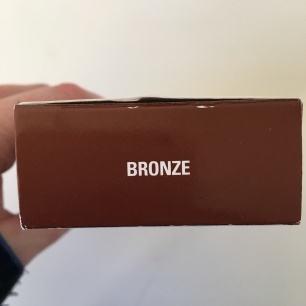 The eyeliner pencil is the softest, creamiest eyeliner I have ever tried. However, mine came a bit messed up, and the eyeliner can fall down the pencil when I’m using it, so that can be a bit of a shame. The gel liner is also extremely creamy and soft. it dries down extremely fast and doesn’t smudge or smear after application. The same cannot be said with the liner pencil as I found that this fades after around 4-5 hours on me.

The full kit retails on the Kylie Cosmetics site for $26 (approx £21). International shipping is usually approximately $14 (now free with orders over $60). This combined with the fact that you may be stung with customs charges, makes it a pricey enough purchase if you’re only picking up one item. I think the value of the kit for all that is included is pretty good given the grand scheme of things.

I like this kit, but I don’t love it. I don’t regret trying it out, but I probably won’t pick up any of the other shades. I don’t like the brush, I find it really difficult to work with the liner using it. Instead I used a fine liner brush from NIMA Brush which worked much better for me. The bronze is a beautifully different shade to any other liners I own and shows up on the more coppery side of brown on my eyes.

What have you tried from the Kylie Cosmetics line? Do you think it’s worth the hype?

Favourite of the Month 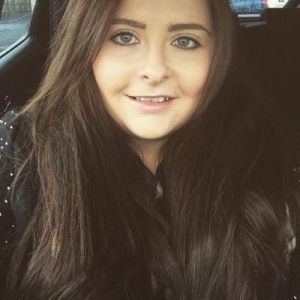 Lynsey, a 30 something beauty junkie based in Belfast. Often has more pounds in Boots Advantage Points than actual pounds in the bank.